From Alaska to Greenland, from the snow-capped mountains of the Rockies to the paradisiacal beaches of Mexico, North America is the witness of a mixed history and an extremely varied people: Canada with its dynamic Toronto, its wonderful Great Lakes. and Niagara Falls which it shares with its neighbor, the United States. From the sunny peaceful coasts of California to the endless movement of New York, the city that never sleeps, to the majestic Midwestern plains and Canyons, the United States is the object of many desires. This is without forgetting Mexico and its sandy beaches, its Mayan pyramids, its food rich in colors (and peppers) and its hospitable people. North America is also the sanctuary of indigenous peoples who have forever marked the collective cultural imagination. 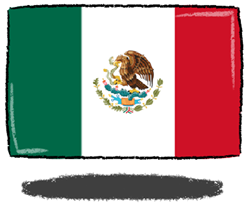